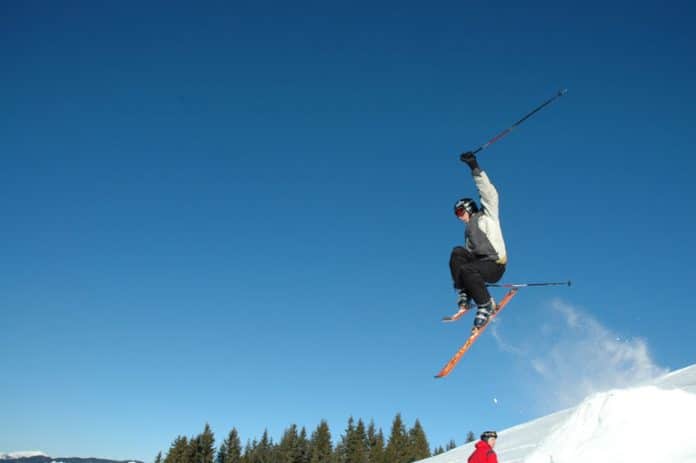 The weather during your planned stay, the current quality of the slopes and the variety of other entertainments and après-ski are all things to consider before you set off up the mountains for your next vacation on the ski slopes. Fortunately, the Web makes it easy to find out about ski resorts and check out the amenities at your chosen ski destination. Here are a few quick and useful facts about some of the top ski destinations in the world.

For most people, the mountains known as the Rockies are the ultimate North American ski destination. For decades, Aspen has been touted as a holiday location for the jet-setters, entertainment stars and others who want to be part of the lifestyle. Aspen Mountain is part of a larger resort complex offering a season from late November to late April. The base is located at an elevation of just under 8,000 feet and rises to more than 11,000 feet. The runs cover nearly 700 acres with 76 trails extending for 64 miles. The longest run is three miles.

Eight lifts bring skiers to trails mostly in the more difficult category. The Silver Queen Gondola requires only fourteen minutes to go from base to summit. The area receives an average annual snowfall of 300 inches. The trails include groomed, intermediate skills cruising runs and uncrowded slopes. Travellers can fly from most parts of the globe land at the international Denver airport. Ground transportation is available between Denver and Aspen.

The ski opportunities around the city of Vail are among the greatest in the world, both for the size of the ski trails and for the beauty of the surrounding area. The new “Birds of Prey” course draws skiers and others from around the globe. The village itself launched itself as a European-style village for skiers, beginning in the 1960s

Vail boasts the largest ski area and resort in North America. Within easy shuttle distance from the Denver International Airport, skiers can spend time on the slopes or in the many restaurants, bars and clubs. Vail offers more than 5,200 acres of developed ski and snowboard terrain, seven Back Bowls and groomed terrain second to none.

Nestled in the boundaries of Banff National Park is the joint venture of Mt. Norquay, Lake Louise and Sunshine Village. Combined, the resorts encompass 274 trails in more than 7700 ski-able acres. Sixty of the trails are classified as Beginner level and 74 carry an Expert designation. There are 26 lifts in assorted sizes and speeds.

The elevation ranges from just under 5400 feet to nearly 9000 feet. The average annual snowfall at Sunshine Village measures an amazing 360 inches. Skiers will find skiing available from mid-November to mid-June. Those who want to enjoy a ski vacation at Banff, should plan to fly into Calgary International Airport and take ground transportation to the west.

Where to Ski in South America

In the south west of Argentina, along the spine of the Andres lies the Cerro Catedral, named for the granite spires which resemble a Gothic style church. The ski resort is well-developed, with millions of dollars having been spent to upgrade lifts and infrastructure. Unlike many of the South American ski resorts, there is a village at the base of the mountain.

The area consists of 3,000 acres of ski-able terrain. With a mix of Beginner, Intermediate, Advanced and Expert slopes, this is a great destination for families. Another impressive statistic is the 3,773 feet of vertical drop. The nearby town of Bariloche has an airport, which accepts flights to and from Buenos Aires.

Located about 37 miles from Santiago, Chile — the nearest airport – this family-friendly triple location operates under a single lift ticket. The “Three Valleys” ski area is enormous with almost 6200 acres or terrain. The areas are inter-connected, so skiers of all levels are able to enjoy the slopes. There are sixteen lifts, five of which are chair lifts. Few international visitors have discovered this location, so the slopes are uncrowded.

The Southern Hemisphere resort in Argentina will be open in July 2016 through September 2016. It features 29 runs of forty miles total. The longest run is four miles. The terrain available to skiers consists of 43,000 acres, with a mix of skill levels. The fame of its lengthy slope is known globally. This is one of the largest destination resorts in the country. The vertical drop of the runs is calculated at more than 3900 feet.

Travel options to Las Leñas include several airlines, including those from the Santiago de Chile International Airport.

Three inter-connected areas makes the size of the ski area one of the largest in the world. Les Trois Vallées, Paradiski and Les Portes du Soleil are each larger than any U.S. ski resort. The main access points by plane are Geneva, Switzerland and Paris, France. From Paris, the high-speed TGV train is comfortable and convenient for traveling.

An unbelievable amount of skiing is offered for abilities from beginners to professional. Set in amazing scenery, the various resorts have snow accumulations over three hundred inches and the peaks at Les Trois Vallées and Paradiski rise to more than 10,000 feet. There is no ski destination in the world that compares to the variety and breadth of the skiing available and the quality of the facilities, yet at a price that is significantly less than the cost of skiing in American resorts.

Zermatt, with its view of the iconic Matterhorn is a ski lovers dream. The village offers 360 kilometres of skiing for Beginners, Experts and everyone in-between. This is Europe’s highest ski area, so visitors are guaranteed year-round skiing opportunities. Zermatt wins awards for its ecologically friendly attitudes and policies. There are no carbon-fuel vehicles in the village. Travelers may reach Zermatt by flying into Bern or Geneva, Switzerland.

Finland’s largest ski resort has downhill 61 slopes, as well as multiple cross-country trails. Several world-famous ski resorts, including Levi and Yllas, are near the community of Kittilä, where airline connections are possible. The city situated 125 miles above the Arctic Circle; offering fantastic scenery and skiing, Kittilä is an established winter sports destination for tourists as well as Finns.

All of these destinations have world-class après-ski and entertainment to enjoy during your ski vacation as well as a variety of excellent restaurants and outdoor activities.

This site uses Akismet to reduce spam. Learn how your comment data is processed.