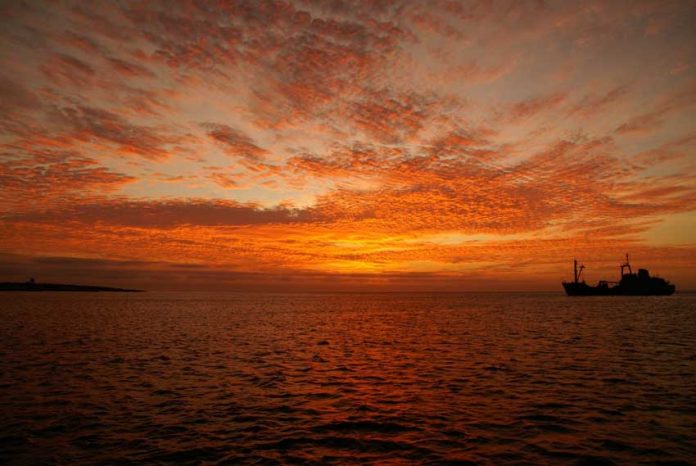 Have you decided to skip the traditional all-inclusive beach vacation or city break for something more adventurous? Congratulations! The world is filled with fascinating, exotic locations that are just waiting to be discovered and South America is one of the best examples: a continent where cultural heritage and breathtaking landscapes await the traveler who is willing to go off the beaten track. Here are ten of the most beautiful backpacking destinations in South America, which you can see separately or together, in a long 3-week tour (if you have more backpacking experience). So, grab your map, jacket and trekking poles and get ready to embark on a spectacular journey!

Welcome to the jungle! The Amazon Basin is covered almost entirely by the lush Amazonian Rainforest, a huge tropical area spanning across more than 5 million square km. If you go on a jungle tour, you will definitely be impressed by the majesty of the Amazon River, the cultural heritage of local communities and the variety of things to do (Caiman spotting, bird watching, tree climbing, boat tours, trekking). The best time to visit is between May and June. Go to Manaus, Brazil which is the largest city in the region and the one with the most international airport connections. You’ll find other Amazon Basin tour operators in Iquitos in Peru and Belém in Brazil offering great rates for a private room in a jungle lodge.

The Carnival in Brazil is without a doubt the world’s largest and most flamboyant party. If you love meeting people from all over the world and experiencing unique music and foods, the Carnival should be a must stop on your list. Rio the Janeiro is the number one location in tourist preferences, but keep in mind that it’s not the only city where the Carnival takes place. In fact, the city of Salvador in the north is equally, if not more impressive, holding the Guinness Title for “biggest party”. Both Rio and Salvador are easy to get to, because they have international airports, but make sure you buy your ticket in advance, because prices tend to spike before the Carnival.

The isolated Chilean Easter Island, known to the locals as Rapa Nui, is one of the most beautifully nostalgic places on earth. Known mostly for the Moai stone statues that have fueled the imagination of tourists all over the world, Easter Island is best explored by walking or biking. Apart from statues, the island offers many other fine examples of stonework (caves, platforms, houses), cultural dances, delicious local cuisine, awe-inspiring landscapes and charming accommodation options. Easter Island can be reached by plane; book a flight from mainland Chile and you’ll get to the Mataveri International Airport.

Did you know that the Galapagos Islands have such diverse wildlife that they served as inspiration for Charles Darwin’s Theory of Natural Selection? The giant tortoises are the most famous, but you’ll also find much, much more on the 19 islands: rare species of penguins, birds and iguanas. You can also go snorkelling or scuba diving to observe the beautiful aquatic life.
To get to the Galapagos by plane, book a flight from Quito or Guayaquil to Isla Baltra Airport, Ecuador. From there, you can hop on public transport to get to Santa Cruz, the main island in the archipelago. You can also fly to the island of San Cristobal, but this one doesn’t have as many tour operators as Santa Cruz.

Machu Picchu is the pinnacle of Inca civilisations and the tourist jewel of Peru. This splendid peak is situated 80 km NW of Cuzco and it was granted the title of UNESCO World Heritage Site in 1983. If that doesn’t earn it a spot on your backpacking destination list, then you should know that it is among the New Seven Wonders of the World and it is home to several picturesque villages. Note that Machu Pichu is a protected site and it is in a no fly area. You’ll have to land at the Alejandro Velasco Astete International Airport in Cuzco and then take the train to Machu Picchu, where you can explore your favourite route.

Patagonia is situated in the Southernmost part of South America and it is shared by Chile and Argentina. It is not heavily populated and doesn’t have any major developed cities, which only adds to its charm. Neighbouring the Pacific Ocean to the West and the Atlantic Ocean to the East, Patagonia has a diverse physical geography that includes the Andes, grasslands, steppes and deserts. The sights are absolutely phenomenal and every explorer should witness them at least once in a lifetime. Since Patagonia is a region, not a specific location, you can choose an international airport in Argentina or Chile and start exploring from there. The airports in Punta Arenas or El Calafate are the most popular among tourists.

Salar de Uyuni is the largest salt flat in the world and it is the highlight of any tour in South West Bolivia. Spanning across 10,000 square km, it looks surreal no matter the season: in the dry season, the magnificent white plains can be walked on, whereas in the wet season the salt is covered by a thin film and reflect the sky. Photographers from all over the world come to Salar de Uyuni for the unique view, so don’t forget your camera. The region is more secluded than others, but you can take the plane from La Paz and arrive at the small local airport in Uyuni.

Lake Titicaca (8300 km2) is at the border between Bolivia and Peru and it has been the home of thriving Hispanic civilisations since the 9th century. It is the largest navigable body of water in the world, but it’s not just its size that makes it special: Lake Titicaca also consists of several floating islands that are home to the Uros people and almost 100 species of rare animals. A backpacking tour in this region is very affordable and you can get there very easily by train or bus. The only airport in the area is in Juliaca (accessible from Cuzco and Arequipa) and from there you can take public transport to Puno, the largest city on the Western shore).

The charming city of Cartagena in Colombia attracts many tourists with its impressive architecture and cultural feats. It is quite a romantic destination, so if you plan to go backpacking with your partner, this is a failsafe option. Cartagena is a perfect destination for beginner backpackers, since it’s very accessible by plane and has many affordable hostels. The Rafael Nunez International Airport is only a short 15-minute drive from the historic city center.

Few sights are as awe-inspiring as the ones offered by Iguacu Falls. Situated in a national park at the border between Brazil and Argentina, Iguacu Falls are among the most beautiful places on the planet. Whether you choose to visit them from the Brazilian or Argentinian side, you will definitely love the natural landscape. It is easiest to get there by plane: from Argentina, you can take a flight to Buenos Aires and then a connecting flight to Puerto Iguacu. From Brazil, you will have to take a flight to Rio and then a connecting flight to Foz do Iguassu.

This site uses Akismet to reduce spam. Learn how your comment data is processed.